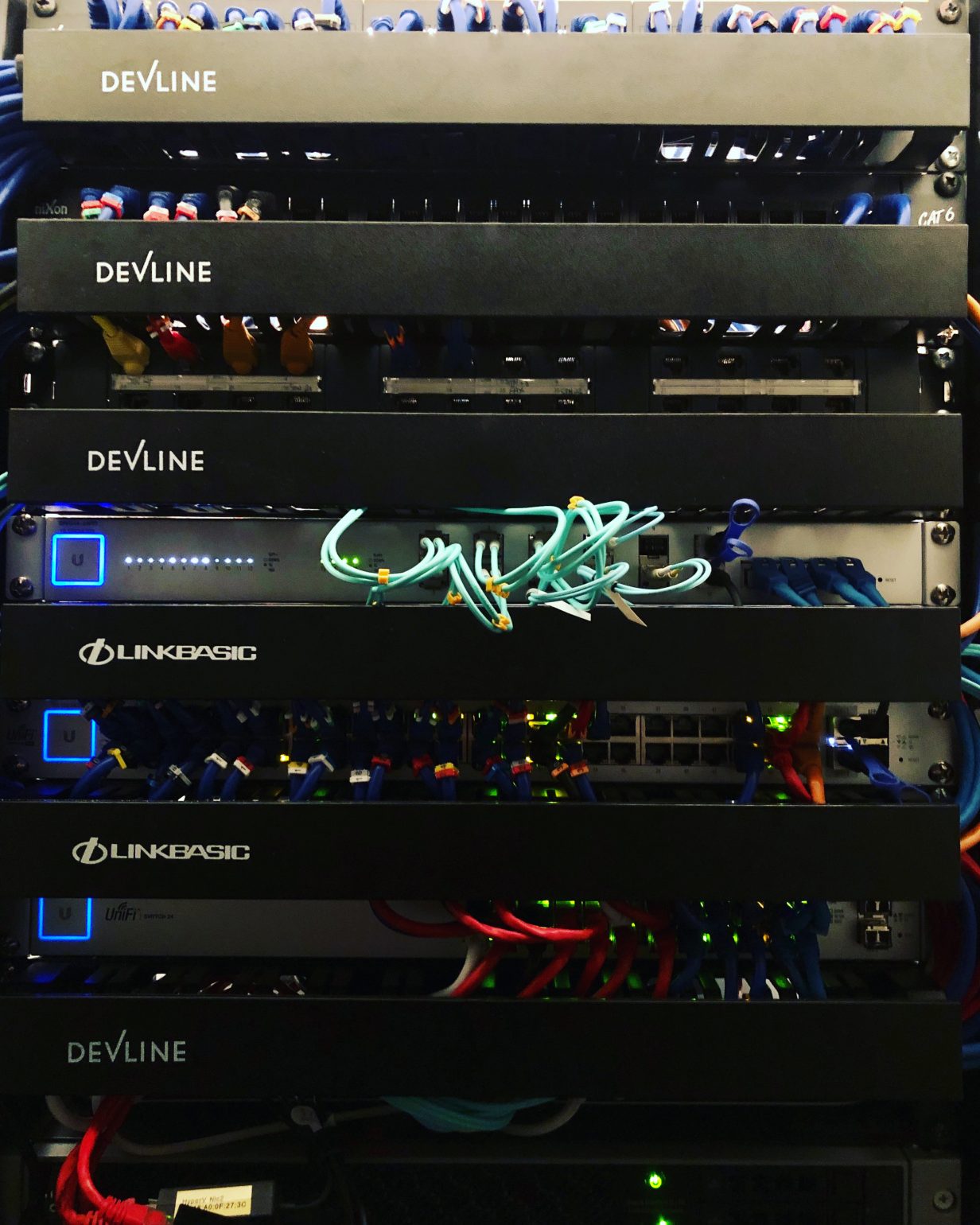 So, its been a while since I posted anything really technical on this blog, or did any real works to my home servers & network – yet in both situations, are long overdue, so without further adieu, here we go!

I was in long need of some nicer looking cable managers. The ones I had were a miss-mash of various brands, types, two were broken, and just plain old horrid looking whenever I opened the door to the server room!

I had a great plan to eventually replace them all with these “LinkBasic” ones that we had been using at work for various clients. Contacted our supplier and asked for 4 to be delivered – with the eventual plan to get another 3 in maybe a month or so.

The supplier came back to me advising me that particular line had ended and there was a replacement product available. He sent me the picture and from what I could see, looked fairly identical. Worst case scenario, they were slightly different, and that would be okay, as the two LinkBasic ones I already had would move to the garage, and the server room can have the same 7 of the replacement type!

Placed the order last Friday and then totally forgot I had actually done it! Monday, the doorbell rings and there’s a large parcel for me.

So after a little but of time and effort tonight, they’re in! The new cable managers are IDENTICAL to the LinkBasic ones – except for one detail – the branding on the face plate! I will order another three next week (I need three more – two for the garage, and one more for the server room when the second 10G switch goes in). I will move the two LinkBasic face plates to the garage comms box and no one would be the wiser!

To add to this upgrade, I have finally pushed forward with replacing my current server situation with the Dell Precision R5500 I purchased earlier this year!

From a Facebook Marketplace listing, I purchased a Dell R5500 rack mount Precision workstation which came with a single quad core Xeon and 16GB RAM (4x 4GB). No SAS cables for the drive bays, no cards, nothing else. The seller also had a couple of matching low power consumption quad core Xeons which he sold to me for $10 or $20 each (can’t quite recall).

Over the last couple of months, I have purchased:

The below has been ordered and is still yet to arrive:

What am I replacing? Good question! I have two N54L HP MicroServers with small SSD’s for the boot drive, and 4x 2TB HDD’s for storage and 16GB RAM, plus a white box rack mount 3rd gen i7 system with 32GB RAM, 12x 2TB HDD’s.

Everything was running Windows Server 2012 R2 Hyper-V free edition, all VM’s were stripped of resources down to their bare minimum specs to ensure I could run the minimum required VM’s I needed for things to function.

Moving all the VM’s to the Dell R5500 would allow me to provide the required recommended RAM & CPU core counts to each VM as needed. My file server needs at least 16GB RAM for CrashPlan to be able to backup the data I currently store to the cloud. As this data grows, so does the RAM requirement. On the new server, it now has 24GB RAM instead of 8GB.

My Exchange 2016 server now has 32GB RAM instead of 12GB – these are just some examples. My remote desktop server, was always in an off state due to there being absolutely no RAM available at all. Now its running and has 16GB RAM – not much I know, but I’m the only one using it – for testing purposes (lab) only.

The Dell R5500 has been kitted out so far with:

The keen-eyed among you may notice the Cisco Ironport C170 in there – that is running Sophos UTM-9 Home Edition, has been doing so without issue for a very long time now. I recently upgraded it with a SolarFlare dual port 10gb card (ports are bonded) so I have high speed inter-VLAN routing available to me – and works extremely well too!

More updates to follow, but for now, enjoy the below… 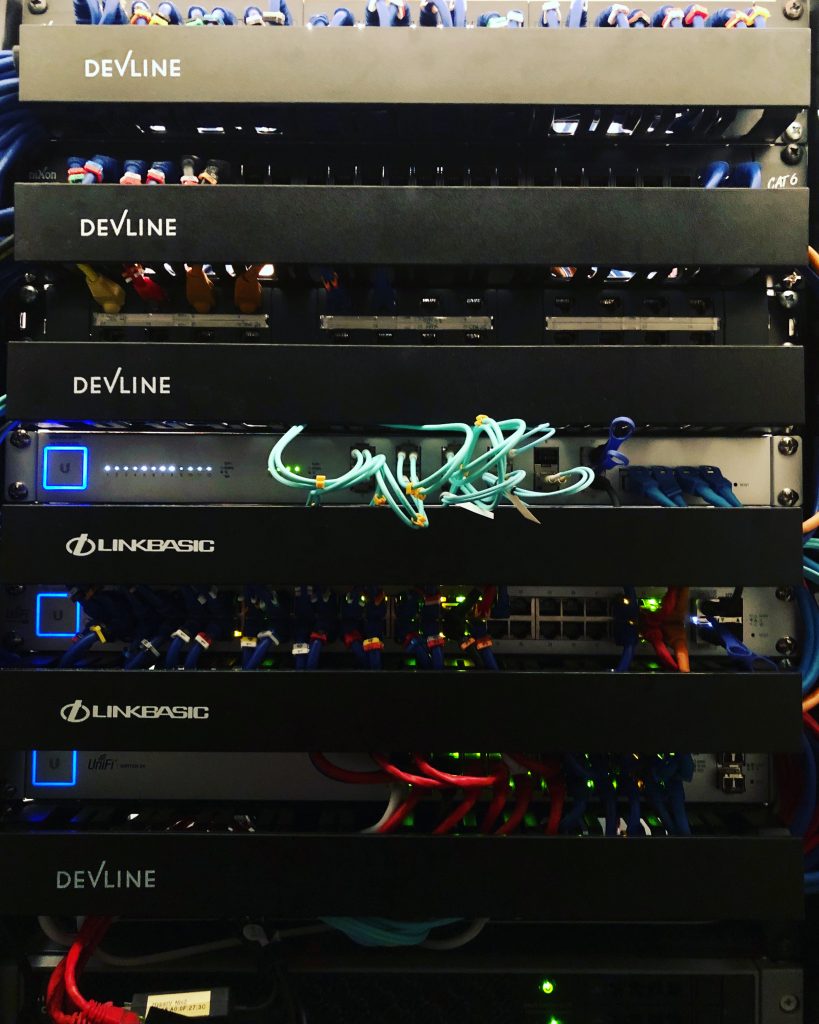 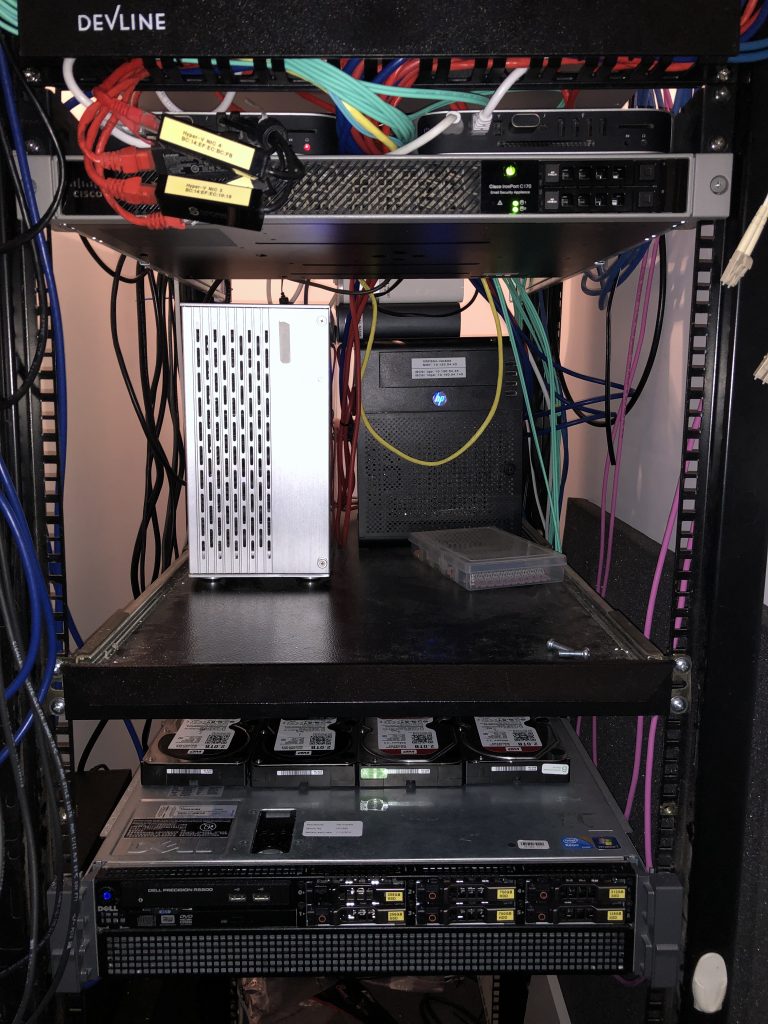