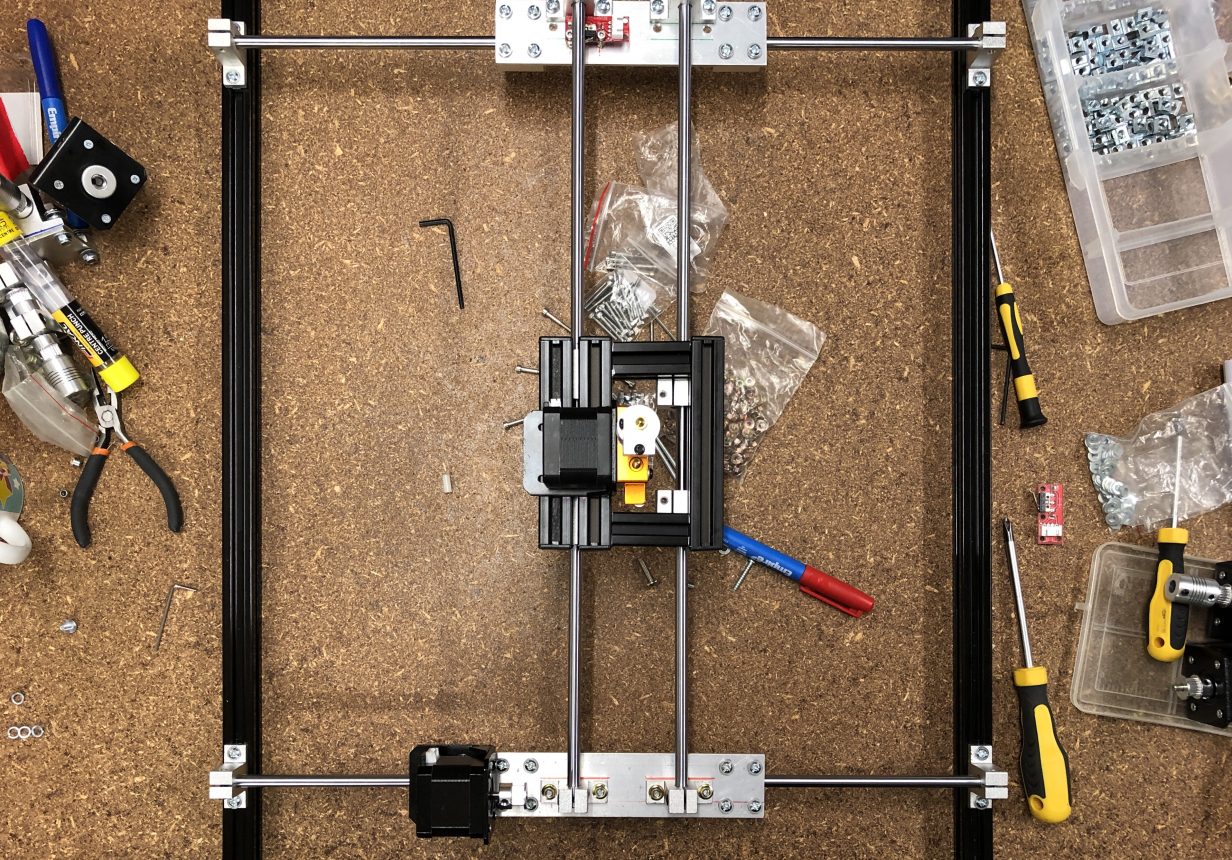 Sometime last year ago, I decided it was time to jump on the 3D printer bandwagon, better late than never right? I looked at the printers that are somewhat “affordable” to me, and couldn’t believe how small they had gotten – like all technology, get’s smaller over time, but in the case of the 3D printer, smaller isn’t better. “If I’m going to outlay cash for this thing,” I thought to myself “I want it to be larger scale – be able to print at least 30cm cube area – one foot!”. Printers in this space however cost way too much for my liking, so I figured I would look at what people are doing to build their own, looked at a few Youtube videos and thought to myself, “This can’t be that hard – just make the same thing, but bigger and better!”

Sooo… That’s where this is headed, and as you’re reading this, you too will be joining me on this adventure!

I had the thought of doing this as a joint venture with my two girls and making some Youtube videos of our own, they initially thought yes, that would be cool, but the wait for parts to arrive, I think, has killed off their initial excitement & enthusiasm.

Alas, I have made a start… Below are pictures of the print head, some of the mechanics that will be used, and the early stages of the X/Y printer assembly – with more to come and refinements needing to be made… 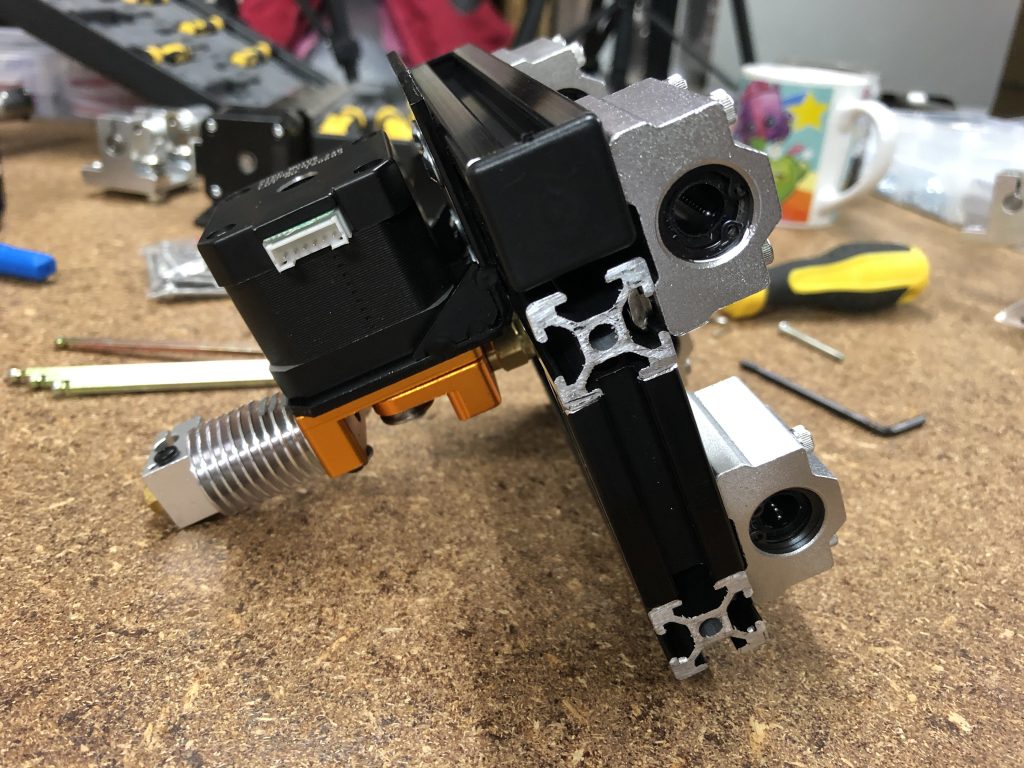 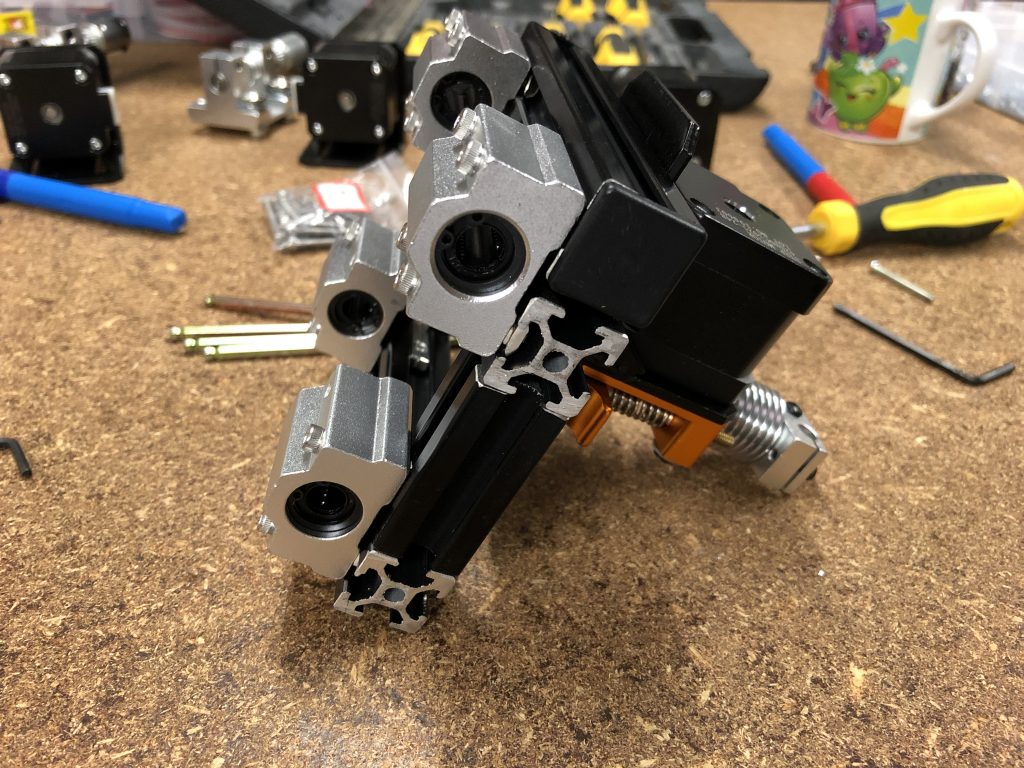 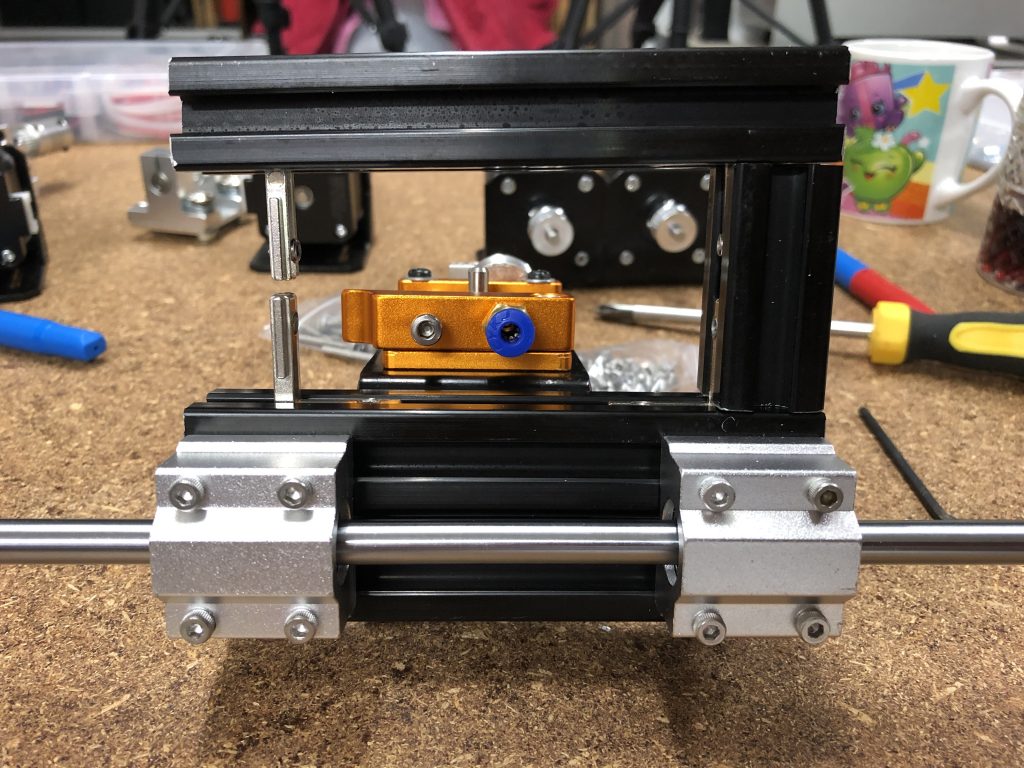 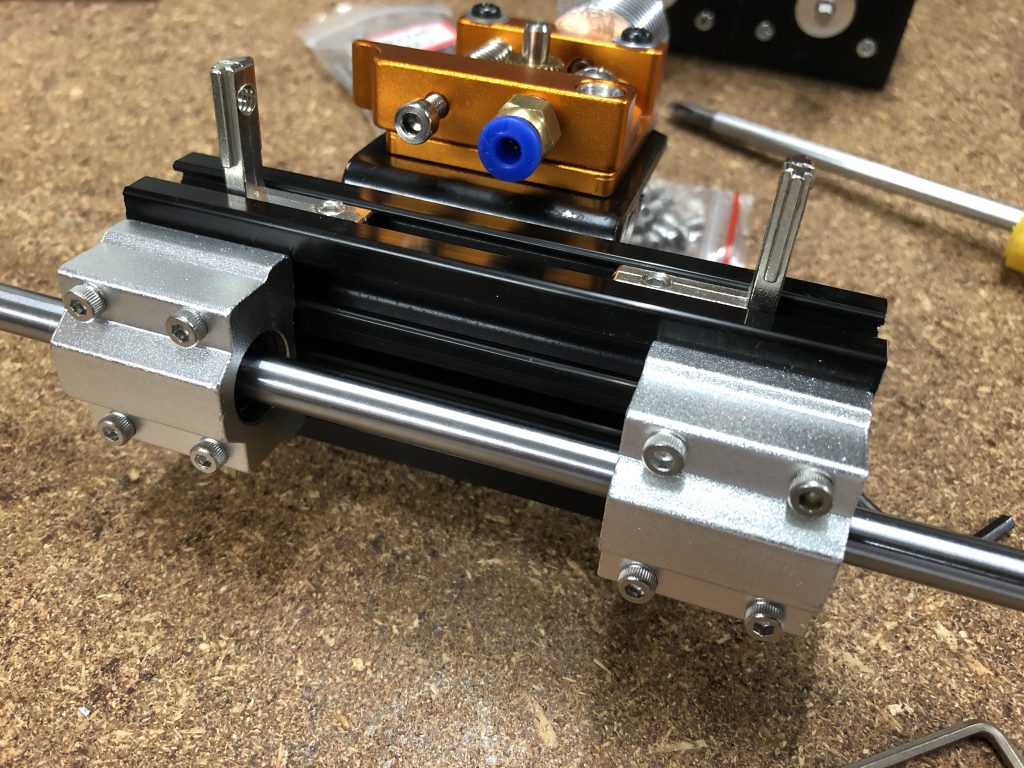 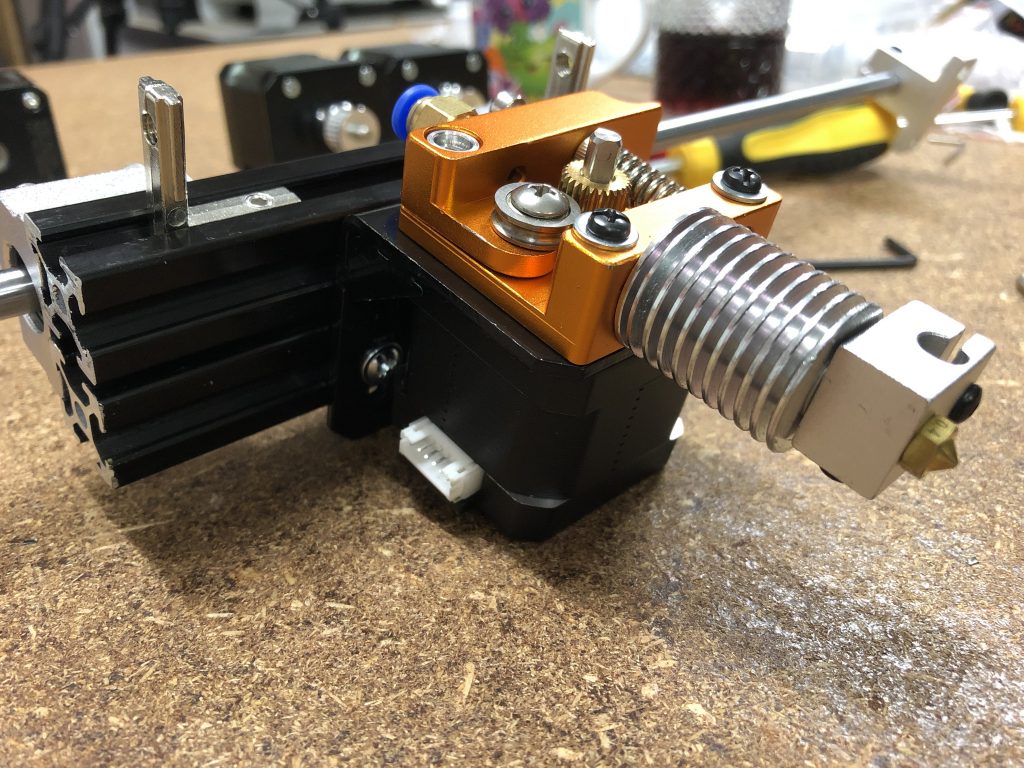 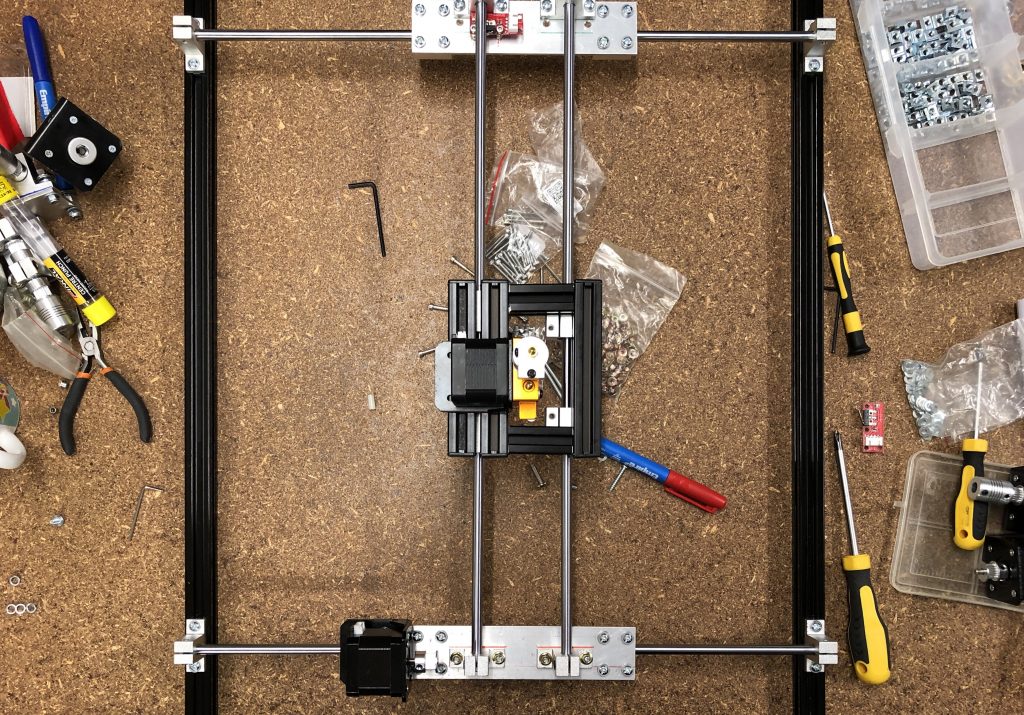 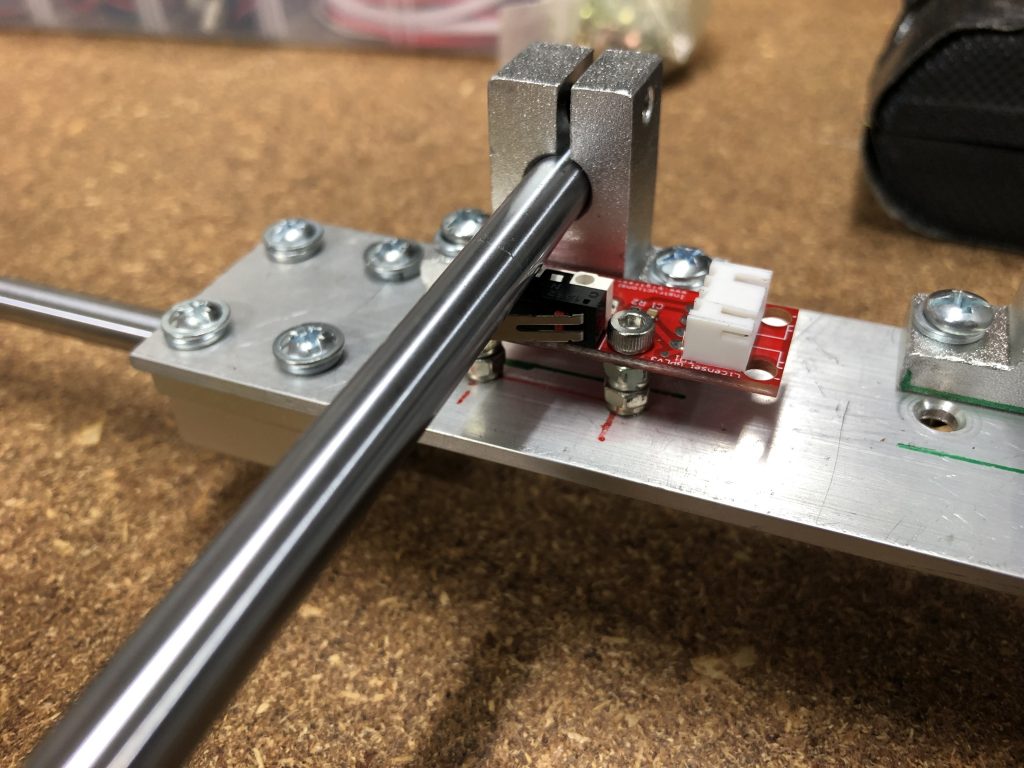 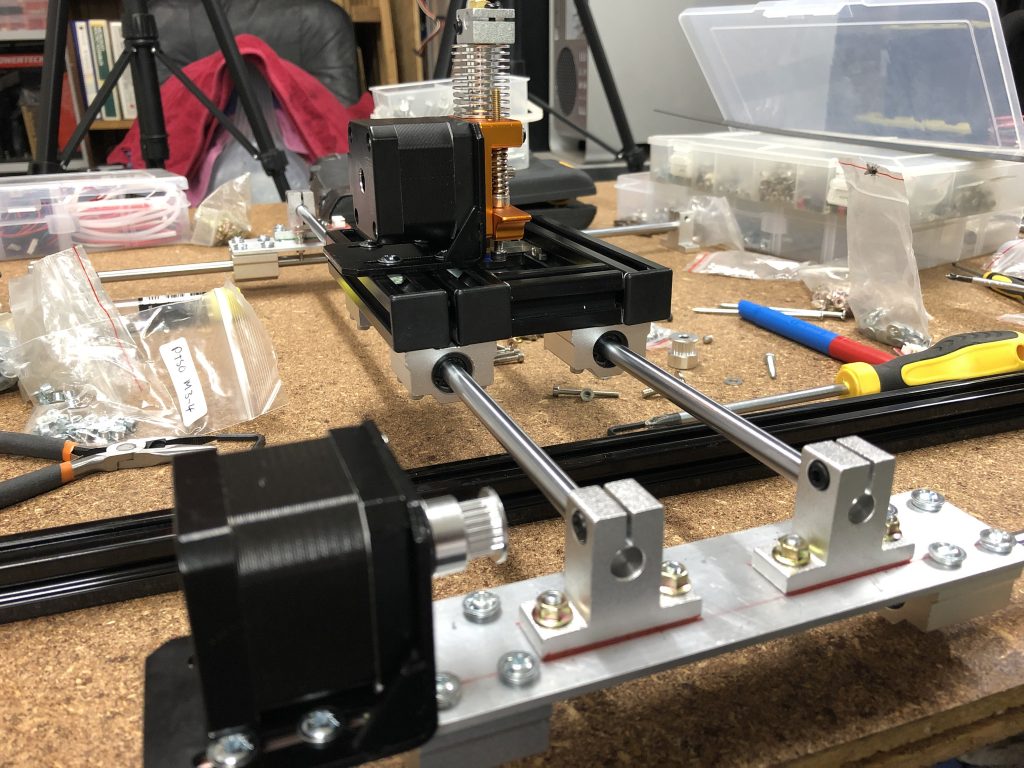 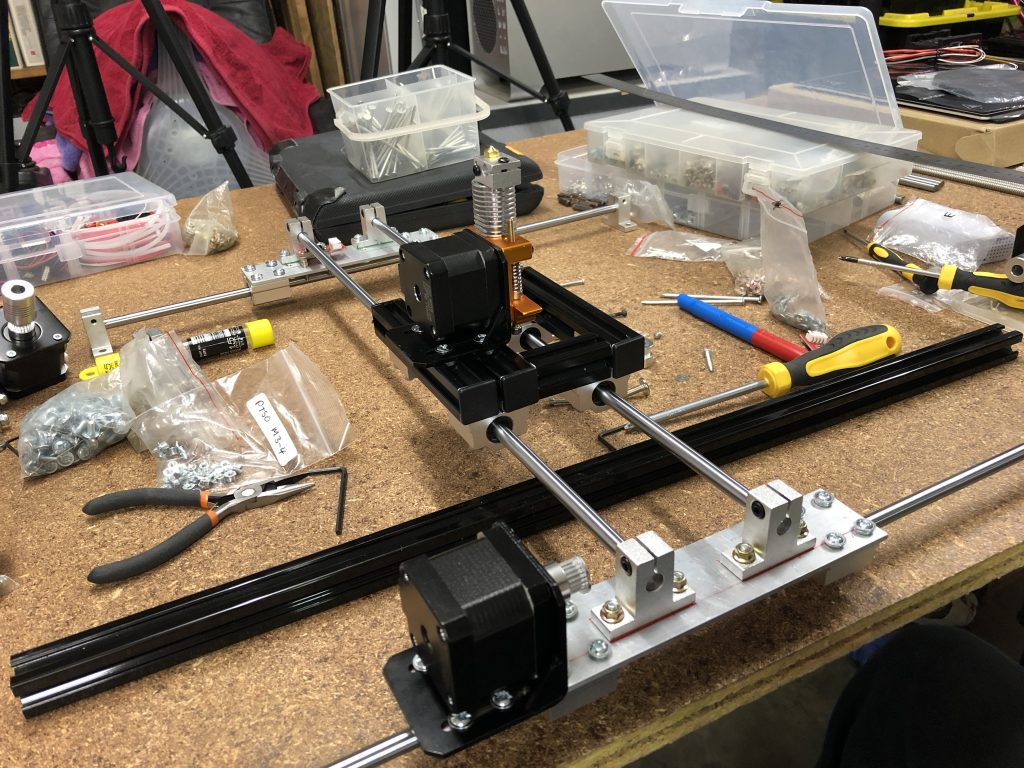 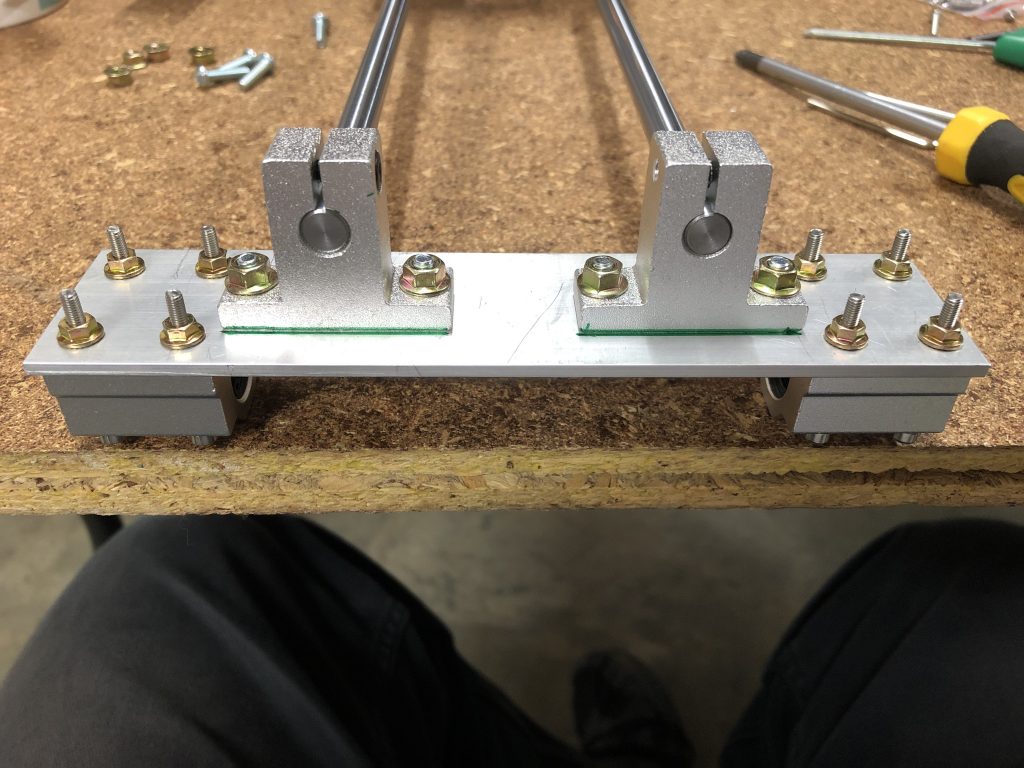